Robert W Rawlings grew up in Islington and enlisted into RA in 1944.

Robert spent his 21st birthday in India when his diary recalls that the birthday cake sent by his mother was inedible on arrival, although he did not tell her.

Had a spell in hospital, assumed to be malaria. Posted back to RA in 1947 and returned to UK. Somewhere along the line he became a radio operator although this doesn't seem to be mentioned in his service record.  After the war he did various evening classes and worked for Siemens and Marconi.

Created with imagery and information kindly supplied by Peter Rawlings 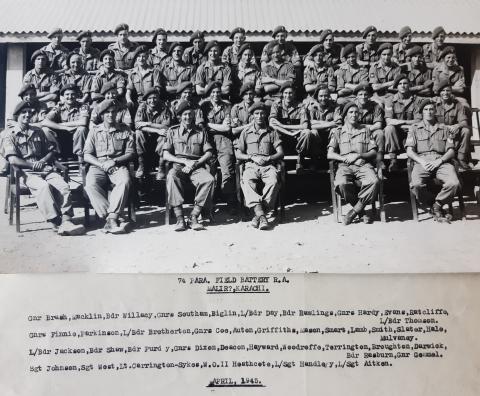