Bob enlisted as a gunner with the Royal Artillery in 1938.

He had initially applied to the Royal Marines but was rejected on the grounds that his teeth were not good enough.  Following this Bob volunteered for airborne forces and took part in parachute training course 15 at RAF Ringway. The course lasted from the 8th June 1942 - 16th June 1942. Upon succesfful completion he was posted to No 1 Parachute Brigade (Coast). He formed part of A Company, 2nd Battalion, The Parachute Regiment and was posted to North Africa on 30th October 1942. He was wounded on 18th March 1943, and his right arm was subsequently amputated.  He was discharged as unfit for military service.

He did not give up his connection with Army life and enlisted in the Territorial Army where he served from 1952 to 1961 in the 10th Battalion the Parachute Regiment (TA). 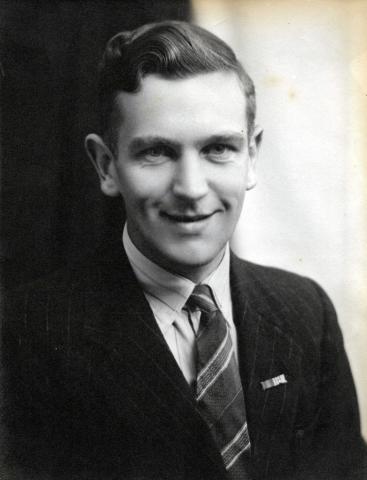