Entering the Methodist Ministry in 1938, Reverend Talbot-Watkins was commissioned as a Chaplain to the Forces 4th Class in 1941. He volunteered for the Airborne Forces, and with Father Egan, became one of the first padres to parachute, qualifying at RAF Ringway on course five in 1942.

He was posted to 1st Parachute Battalion and served with his unit in North Africa 1942-1943, Sicily and Italy 1943. At Arnhem in September 1944, he led groups of wounded to safety across the Rhine returning under fire across the river. He was awarded the Military Cross for his unfailing courage and complete disregard for his own safety, he was an inspiration to all ranks.

He was awarded the Liberty Cross for Norway in 1945-1946 and was one of five padres chosen for the Victory Parade in London in 1946.

In November 1945, Padre Talbot-Watkins Left the Regular Army. In 1948 he was chosen as emissary for the Bishop of Chichester at the opening of the Anglican Church in Copenhagen.This was a rare honour accorded to a Methodist Minister. Between 1956-1962 Padre Talbot-Watkins served in the Territorial Army. He died in March 1973 in Sheffield. 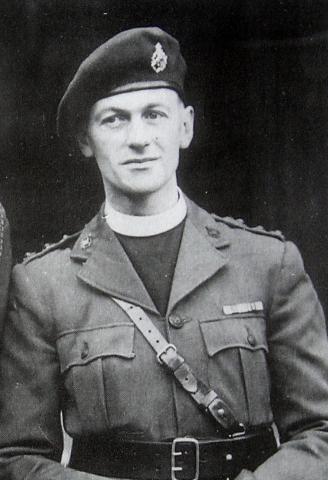