His parents flew out and attended the funeral, which took place in Waynes Keep, Nicosia. The Guard of Honour was drawn from C Company. Bob was a well liked and respected member of C. Company."

Compiled with assistance from David Gollop 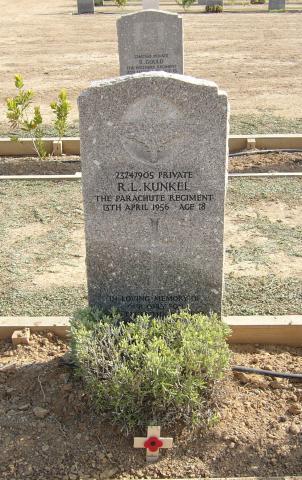