Robert Kennedy served with distinction in The Parachute Regiment during World War II winning a gallantry award for his actions at Putot-en-Auge, Normandy.

He enlisted into the Royal Army Service Corps during the Second World War.

After volunteering for the airborne forces Pte Kennedy attended Parachute Training Course 74 which ran at RAF Ringway from 23 July to 3 August 1943. He subsequently served with the 12th (Yorkshire) Parachute Battalion.

Pte Kennedy was awarded a Military Medal for his courageous actions in Normandy, the recommendation for the award notes:

‘During the attack on Putot-en-Auge on 19 August 1944 this soldier by his cheerful conduct and courageous bearing under fire was an example to his section throughout the assault. His section were clearing a strongly defended house when Pte Kennedy on his own initiative hearing sounds upstairs without waiting for help rushed to the top floor alone and captured some Germans who might have been a potential danger. Later, hearing calls in German coming from a house not yet cleared, his platoon commander called for volunteers to come with him. Kennedy was at once at the platoon commander’s side and helped to clear the house. Later under heavy shellfire and though himself wounded he helped to carry away his more seriously wounded comrades and only allowed himself to be evacuated after they had been brought to safety.’

He recovered from his wounds and went on to serve in the Ardennes. 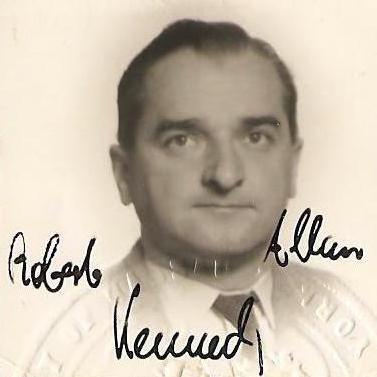