Robert Irvine was the son of Alexander and Jane Irvine, of Aberfeldy, Perthsire. He worked as a labourer before enlisting into the Black Watch (Royal Highlanders) in on 24 November 1936.

Private Irvine qualified as a military parachutist on course 132 at RAF Ringway, which ran from 4 to 14 September 1944. The instructors’ report states ’Hard Worker.’

After initially being posted to the DSAF Holding Company, he was posted to The 13th (Lancashire) Parachute Battalion.

Pte Irvine fought in the Ardennes, Operation Varsity (The Rhine Crossing) and the Advance to the Baltic. There he was Section Commander of a rifle company and during the battle for Osnabruck he was Killed in Action by a sniper.

Private Irvine died on 3 April 1945, aged 28 years old. He was given a field burial and was later reinterred at Reichswald Forest War Cemetery, Kleve, Germany on 23 May 1947. 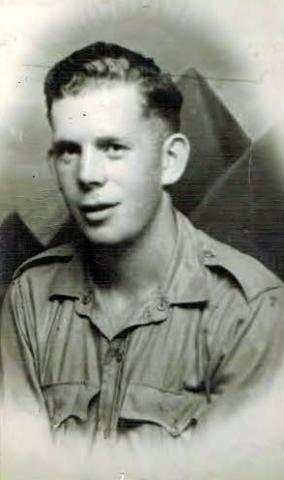