Robert Alexander Gregg was born in 1923 in Newport, Monmouthshire, the son of Thomas and Susan Gregg.

He was granted an emergency commission as a Second Lieutenant in the Royal Corps of Signals on 14 April 1943 and was made a War Substantive Lieutenant on 14 October 1943.

Sometime in early 1944 he volunteered for airborne forces and was sent on parachute course 104, RAF Ringway, between 21 February and 2 March 1944. Upon completion of the course he was posted to the 1st Airborne Divisional Signals, stationed at Caythorpe in Lincolnshire.

He was given command of ‘E’ Section, which was attached to the 1st Airlanding Light Regiment, RA, stationed at Boston in Lincolnshire.

On Sunday, 17 September 1944, he took off from RAF Harwell in a Horsa glider, bound for LZ ‘Z’ near Renkum in Holland as part of Operation Market-Garden.

He remained with the Regimental Headquarters, as part of the Command Post Team throughout the ensuing battle in and around the Oosterbeek perimeter.

He was killed during the withdrawal on the night of the 25/26 September 1944, his body being recovered from the River later. His first burial was about 500 metres west of Randwijk.

He now lies at rest in the Oosterbeek War Cemetery. 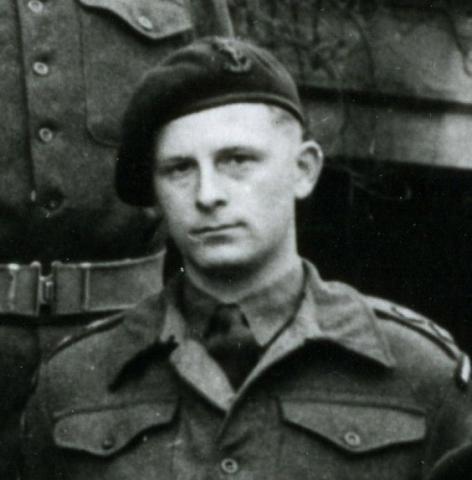