Robert G Parsons was born in 1924 and lived in Dewlish, Dorset. The son of Roy and Violet Parsons (nee King), he enlisted into The Hampshire Regiment and then volunteered for airborne forces.

He qualified as a military parachutist on course 78 which ran at RAF Ringway in August 1943 and served in 9th (Essex) Parachute Battalion. His course report reads: ‘Best man in stick, very cheerful.’

Pte Parsons was killed in action on 19 August 1944 and is now buried in Ranville Cemetery, Normandy. He is also commemorated on the Dewlish village war memorial. 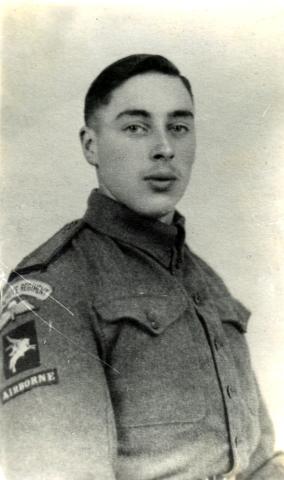