Private Robert E Johns was the son of William Henry and Daisy Nellie Johns (nee Searle), of Stamshaw, Portsmouth. He was born in Portsmouth in 1927 and had at least four other siblings. Lying about his true age, he volunteered and enlisted at the age of 14 and subsequently joined The Parachute Regiment. He passed his jump course in January 1944, with the comments 'Youngest pupil on course, but best performer' and was posted to the 13th (2/4th South Lancashire) Battalion, where he served with A Company.

After taking part in the D-Day landings, the battalion remained highly engaged in Normandy. By late July, A Coy, 13 Parachute Battalion, was engaged in the 6th Airborne defence of Le Mesnil crossroads. Major David Reynolds described this action as being  'at the forefront of the main effort to prevent a German counter-attack'. The 13th Para Battalion War Diary for 23 July 1944 recorded: 'The enemy was very sensitive all day and fired on the least provocation.  'C' Coy were unfortunate in sustaining a number of cas[ualties] from enemy mortar fire, as a result of very accurate fire from 50mm and 81mm mortars on their forward positions.  Two cas[ualties] were also caused by a troublesome enemy sniper.'

Major Jack Watson, A Company Commander, said of Johns: 'He was quite a big lad when he did his training, and it was only when he died that we found out he had lied about his age". 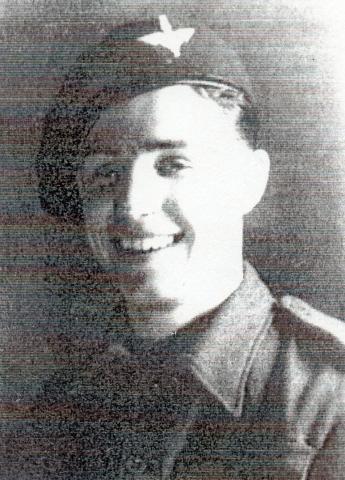