He qualified as a military parachutist on course 61, which ran at RAF Ringway from 19 April to 3 May 1943. The course instructors’ notes record ‘Courageous jumper. Fine example in morale.’

Private Robert Dougan was posted to 8 Sect, 3 platoon, R Coy, the 1st Parachute Battalion. He and his brother Pte Norman Dougan, took part in the Battle of Arnhem, during Op Market Garden. 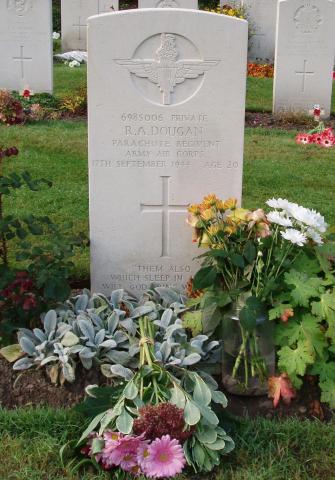