He passed P Company with 518 Platoon on 31 July 1986. Pte Turner was posted to the 1st Battalion The Parachute Regiment (1 PARA) at Picton Barracks, Bulford and served with I PARA until 1997.

Corporal (Cpl) Turner was then posted for two years to Whittington Barracks as a Parachute Regiment Cpl Instructor.

In 1999 he returned to 1 PARA until 2001. Colour Sergeant Turner was then posted the Royal Military Academy in Sandhurst (RMAS) for two years before returning again to 1 PARA in 2003.

WO1 Richard Turner retired from military service in June 2010 after twenty-five years service. 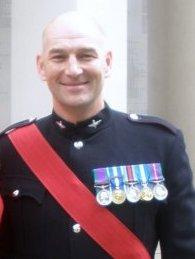