Richard George Adams was born in Newbury, Berkshire on 9th May 1920. He was educated at Horris Hill School from 1926 until 1933. He then went to Bradfield College from 1933 until 1938. In 1938 he went up to Worcester College, Oxford to read Modern History.

In July 1940, nearly a year after the declaration of war between the UK and Germany, Richard Adams was called up to join the British Army and underwent his basic training at No1 R.A.S.C.(Royal Army Service Corps) Training Centre at Buller Barracks in Aldershot, July to September 1940. After attending an Officer Cadet Training Unit at Boscombe, Adams was granted a commission as a Second Lieutenant in the Royal Army Service Corps on the 30th November 1940.

2nd Lt Adams first posting was to a Petrol Supply Company R.A.S.C. in Northern Ireland, and he was stationed at Langford Lodge near Lough Neagh. He was to be stationed there from early 1941 until mid-1942.

Having failed in his first attempt to get a posting to airborne forces, Lieutenant Adams requested an overseas posting and in late July or early August 1942 he was sent to a Holding Depot at Halifax. Eventually he was sent to Palestine where he would serve in No 2 Petrol Depot near Gaza until late 1943.

Captain Adams completed parachute course 147, at R.A.F. Ringway, 30th December 1944 to 23rd January 1945. He was then chosen by Major Gifford to be the new B.R.A.S.C.O. (Brigade Royal Army Service Corps Officer) at 1st Parachute Brigade Headquarters and in this capacity he took part in the liberation of Denmark in May 1945.

After his release from service in early 1946, Adams returned to Worcester to continue his studies for a further two years. He took the degree of Bachelor of Arts in 1948 and of Master of Arts in 1953. After his graduation in 1948 he joined the English Civil Service and held the rank of Assistant Secretary to the Ministry of Housing and Local Government, later part of the Department of the Environment, where he worked until 1968. It was during this time that he began writing fiction in his spare time. Of the twenty books that he had published his most famous was ‘Watership Down’ (1972), and in 1974 he became a full time author.

Adams received numerous awards throughout his life. Notably, he was awarded the Library Association Carnegie medal in 1972, the Guardian Award in 1973 and became a Fellow of the Royal Society of Literature in 1975.

He was the Writer-in-residence, at the University of Florida, Gainesville, 1975, and Hollins College, Virginia, 1976. President, Royal Society for the Prevention of Cruelty to Animals, 1980-82 (resigned). He stood as the Independent Conservative parliamentary candidate for Spelthorne, 1983.

Extracts from 'The Days Gone By' by Richard Adams. Detailing the events of December 1943 to January 1945.

Whilst awaiting his units re-deployment to the UK he again applied for Airborne Forces, and not long after this sailed in a convoy that spent Christmas 1943 at sea. 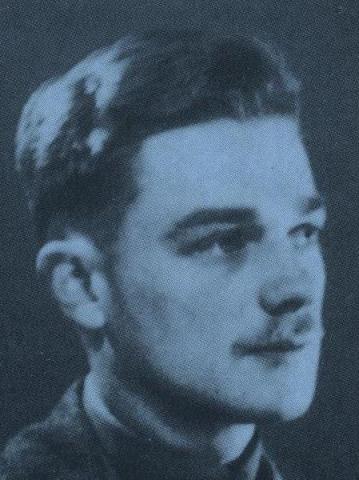