Dick Hullett enlisted into the Army (Service Number 14945888), and was granted an emergency commission on 21 July 1946 after completing his officer training.

He served as a 2nd Lt with the East Surrey Regiment and after volunteering for airborne forces served with the 16th Parachute Battalion in India, where he formed a friendship with Vincent Davey. He was made a War Substantive Lieutenant on 21 January 1947. 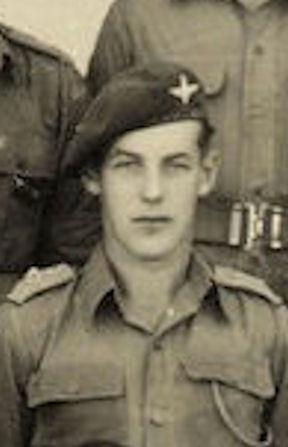