Richard Don Lemmon, who was known as ‘Jack’, served in the Royal Marines Reserve prior to joining the Regular Army and was posted to 2 PARA in 1983 on completion of basic training at The Parachute Regiment & Airborne Forces Depot in Aldershot.

By 1988 he had been promoted to Sergeant after completing the Platoon Sergeants’ Battle Course at Brecon in 1987-88.

In 1990 he was a Platoon Sergeant in PARA Depot. He moved back to 2 PARA in 1991 as 10 Platoon D Company Sgt. As such he took part in the D Company Group exercise in Botswana, which was the ‘swan-song’ for Major Worsley-Tonks as the Company Commander. No one will ever forget his farewell party or ‘Jack’s’ part in it, especially the ‘swallow-dive’ off the marquee tent!

In August 1992 he went to The Royal Military Academy Sandhurst as a Colour Sergeant Instructor.

CSM Lemmon served with 1 PARA during Exercise Purple Star in 1996.

By 1999 he had risen to the rank of Warrant officer Class I and became the Regimental Sergeant Major of 2 PARA.

'Jack' helped to organise a trip to Bruneval in February 2000, which was a difficult task as the battalion was involved in a Training Exercise, with the TESEX Laser Equipment, on Salisbury Plain at the time and also preparing to relocate to Colchester in May! Upon the move to Colchester it was not uncommon to find the RSM outside battalion headquarters in coveralls working on the battalion speed-boat.

'Jack' was diagnosed with cancer in late 2010 and sadly died on 20 January 2011. His funeral service was held on Friday 28 January 2011 in the Narbeth Crematorium, Pembrokeshire. 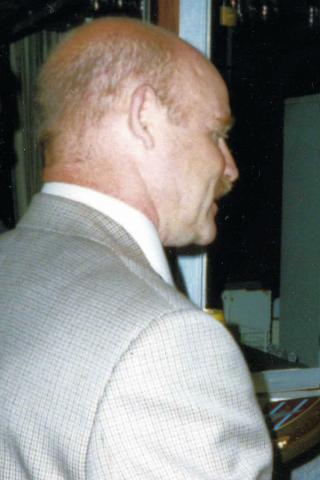