Lt Col the Lord Dick Crawshaw of Aintree served with the Royal Artillery and The Parachute Regiment during World War II. After the war he joined 16 Airborne Division, Territorial Army (TA), shortly after its formation. He was appointed Commanding Officer of 13 PARA (TA) in 1954 and oversaw its amalgamation with 12 PARA (TA) in 1956, for which he was later awarded the OBE.

In addition to his commitments as a barrister on the Northern Circuit and a TA officer, Crawshaw was active in Liverpool politics and served as a city councillor prior to his election in 1964 as Labour MP for Toxteth, Liverpool. He represented his constituency with distinction until his defeat in the 1983 election, having previously joined the Social Democrat Party (SDP) on its formation in 1981. Returning to practice law he was appointed as the first SDP nominated life peer in 1985. Crawshaw was also a keen sportsman, in addition to his interest in freefall parachuting he set two endurance walking records in the 1970s. 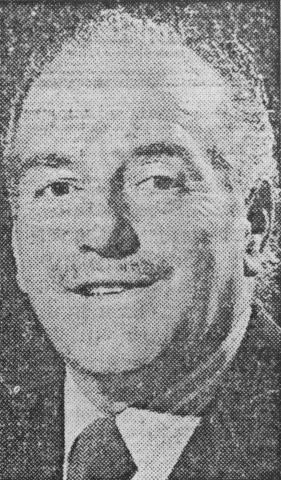