Whitfield 'Boy' Foy was born in New Delaval, a mining village in Northumberland in 1916. He completed an Arts Degree at Headingly College and then a Bachelor of Divinity whilst serving as a Methodist Minister prior to being granted an emergency commission in the Royal Army Chaplains’ Department in April 1943.

He volunteered for airborne forces shortly after and qualified as a military parachutist on course 74, which ran at RAF Ringway from 23 July to 3 August 1943. The course report states: ‘Capt (Rev) Foy Good Performer, keen.’ Capt Foy subsequently served as the chaplain to the 13th (Lancaster) Parachute Battalion (13th Para Bn).

He took part in the campaigns in NW Europe during 1944-45 including the Normandy landings, Ardennes, the Rhine Crossing (Operation Varsity) in March 1945 and the subsequent advance to the Baltic.

Foy was awarded a Military Cross for his assistance in helping wounded members of 13 Para Bn while under heavy fire during the Battle of Bure in the Ardennes in January 1945.

Capt Foy MC went with 13th Para Bn to Malaya before demobilisation in 1947. 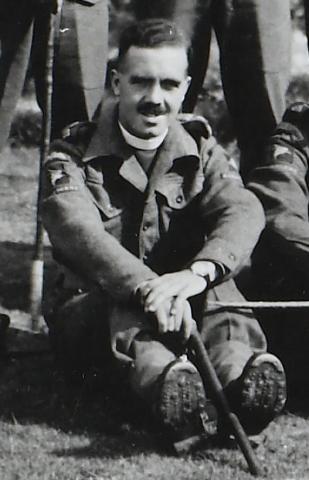