Alastair Charles Vass Menzies was born in September 1916. After completing his education, he joined the Church of England. Earning his commission into the Royal Army Chaplain's Department on 20 October 1941, he became the youngest Chaplain to serve at the time in the British Army. His first attachments came with the 265 Field Park Company, Royal Engineers and later, the 70th Battalion, Royal West Kents before being attached to the Parachute Regiment.

In 1942, Padre Menzies was sent to Bulford, Wiltshire and was attached to 3rd Parachute Battalion for the North African campaign. Later, he served with 156 Parachute Battalion, landing with the Battalion in Taranto harbour in September 1943, before returning to the UK in December.

By September 1944, Captain Menzies remained with 156 Parachute Battalion, and travelled to the Arnhem as part of the Second Lift on 18 September 1944. Padre Menzies was one of the many Airborne soldiers captured during the Battle, and eventually became a Prisoner of War at Oflag 79, Brunswick in Germany.

After the war, he left the Army, but remained on the Army Reserve. He was commissioned for service in the Territorial Army and was awarded a Territorial Decoration in 1966.

With assistance from Matthew Gibbs 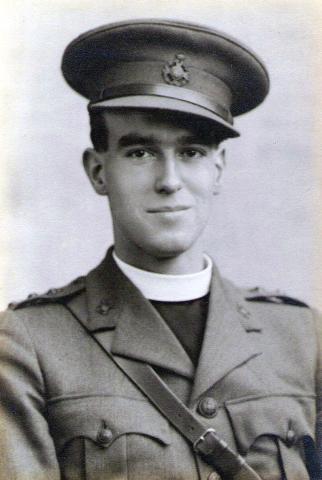