Company Sergeant Major Reginald Allen was the son of John Willie and Fanny Allen, of Warrington, Lancashire. He went to school at St Ann's School, Warrington and later gained employed at Warrington Co-operative Society Offices in the town.

He was awarded a Distinguished Service Cross, presented by Gen Eisenhower, in November 1943 for action alongside the US Army in Tunisia, North Africa in March that year (citation below).

In late 1944, he took part in the Battle of Arnhem during Op Market Garden and died during the Battle. Records suggest this was probably in a mortar bomb blast somewhere near the SEH/Rhine Pavilion on the outskirts of West Arnhem. He was killed on 19 September 1944, aged 23 years old. He was originally given a field burial among ruined buildings near the riverside of the Arnhem Bridge area. Until 1982 he was interred at Oosterbeek as an unknown soldier before being positively identified. He is now buried at Oosterbeek War Cemetery, Arnhem. 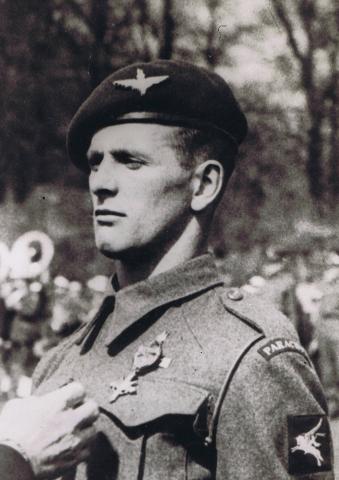