Raymond Irving served for over 13 years in the Territorial Army.

He started service with 26 COMMAND WORKSHOP in 1969 attached to 51 O F P and later transferred to 23 SAS as REME Mechanic. He subsequently served with 15 Para as VM1 and then became H Q Armour (A1) until April 1982 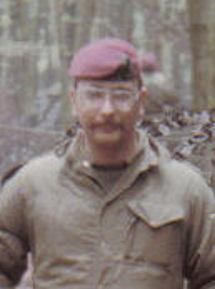