Phillip Henry Hugh Moore was the son of Henry and Mary Matilda Moore, of Falmouth, Cornwall.

He was enlisted into the Royal Artillery during World War II and his service included time with 210 Battery, 53rd (Worcestershire Yeomanry) Airlanding Light Regiment RA. 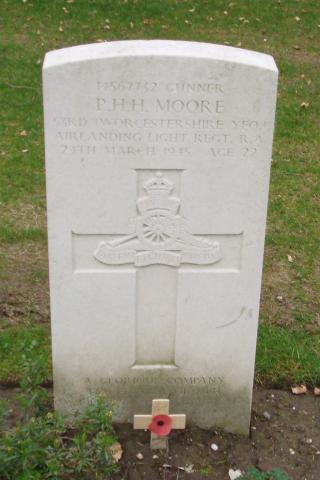