Philip Frederick King enlisted into the Parachute Regiment, as a 15 year old in January 1968. He served as a Junior Infantryman with Junior Parachute Company (Coy) until completing P Coy.

Private King Passed Out with 334 Platoon on 11 January 1969 and was posted to 2 Platoon, A Coy, The 1st Battalion, The Parachute Regiment (1 PARA) in Northern Ireland on Operation Banner. On return to the UK he went to New Brunswick, Canada with 1 PARA and gained his Canadian para wings before returning to Northern Ireland until May 1972. But he was soon to return again on Operation Motorman later that year.

Private King then went on a United Nations tour on Cyprus before moving to Berlin with 1 PARA for two years.

Starting his TA career as a Private, he served with 15 PARA (SV) from 1977-84 with whom he went to Italy and America and gained his American para wings. 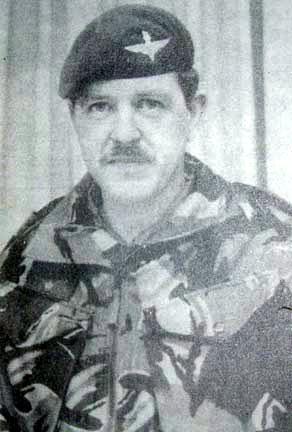