Peter Reynolds enlisted into The Parachute Regiment in 1998.

He went on overseas exercises to Canada, Belize and Kenya.

After a motorcycle crash post Herrick XIII in 2011, L/Cpl Reynolds was medically discharged in 2013. 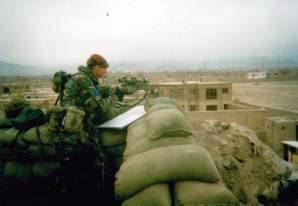