Peter M Lovett, first served with The King's (Liverpool) Regiment. Peter was a member of a Beach Group that was tasked with maintaining beach organisation, securing positions and defence during the initial stages of Op Overlord, the invasion of Normandy June 1944. It was whilst in service here that he volunteered for the Parachute Regiment.

Peter then became a member of The 9th Para Bn. He served in The Ardennes, The Rhine Crossing and Palestine before leaving The Regiment.

However on 24th May 1948 he re enlisted and undertook a second course in parachute jump training. This time at No1 Parachute Training School RAF Upper Heyford. Then he went on to serve with 2 Para. 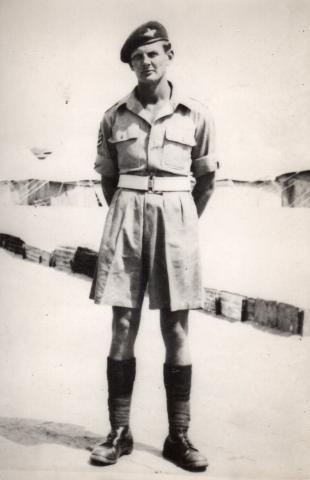