Peter Maurice Kingston was born in 1932.

Lieutenant Kingston served in Cyprus and Suez in 1956 as Second in Command, under Company Commander Major M Walsh.

Captain Kingston became Adjutant of 17th (DLI) Parachute Battalion in 1960 where he remained for two years.

Major Kingston was one of the early team commanders of the Red Devils, and after leaving the team, continued to train recruits and take part himself in Free Fall National and International Championships and demonstrations.

On 15 February 1972, Major Kingston was awarded the Military Cross for gallantry in Northern Ireland, whilst serving with 1 PARA.

In 1975 Lieutenant Colonel Kingston became Commanding Officer of the 10th Para Bn, serving until 1977 when he and his wife June left for Nigeria to set up the Nigerian School of Infantry.

In his early days in The Parachute Regiment, Peter Kingston took part in boxing competitions and was a keen rugby player.

By Rebecca Blackburn with information supplied by the Pegasus Journal 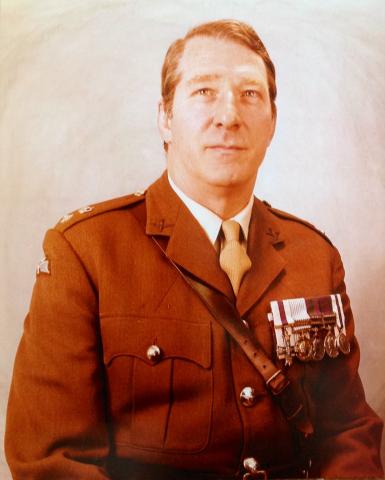