Capt Peter Longley  was born in 1937 and had a long and very distinguished career in the PARA Regt, being commissioned in 1976 and retiring in 1978.. He was CSM D Coy 1 PARA in the mid 1960s and later RSM 3 PARA  in the mid 1970s and when commissioned he was MTO 3 PARA in Germany. He also did an exchange with the 82 Airborne.

He died on 16 December 2021. Peter did not want a funeral and his body has been cremated.

Peter lived in Garsdale close to Sedbergh Cumbria, although he complained it was actually in North Yorkshire! He is survived by his wife Pat of over 50 years.

The image in the profile was taken on Remembrance Day Nov 1964 (in Aldershot).

created with information kindly supplied by H MacGregor of The Airborne Network. 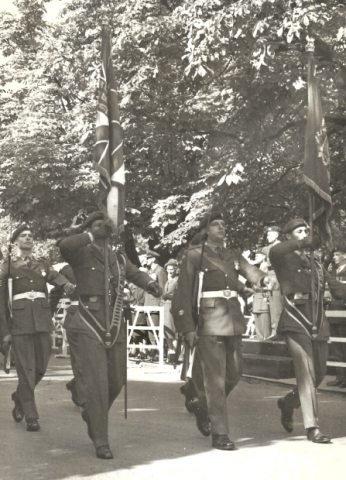