Peter Jacob Martinus Modderman the son of Jacob and Lena Modderman, was born in Rotterdam, Holland on 22 September 1912.

He became a British subject whilst living in Canada on 3 September 1936. Peter was baptised into The Church of Jesus Christ of Latter-day Saints in December 1939.

Sgt Modderman married Sarah Beth Olsen of Cardston, Alberta, Canada whilst on leave and before going to England in August 1943.

He took part in the D-Day landings to Normandy on 6 June 1944 with the 3rd Parachute Brigade. Sgt Modderman died on 6 June 1944, aged 31 years old, when he was killed in action. He was originally given a field burial near the Le Mesnil crossroads. On 16 September 1945 he was reinterred at Ranville War Cemetery, Normandy. 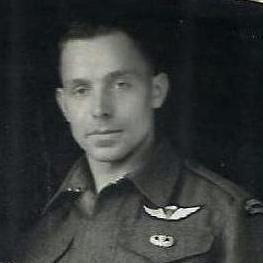