Peter Hall was born in Coventry.

Peter was called up in 1951 for National Service, and joined the 135/41 Field Regiment, Royal Artillery. He served in Egypt from 4 April 1952 to 27th December 1953. He was ranked as a Gunner in Oswestry. His last held rank therein was as Bombardier.

In 'Civvy Street' Peter apprenticed as a Litho Artist. He worked for British Transfer, designing and drawing for the printing trade. Eventually, he worked as a Technical Illustrator / Airbrush Artist for Rolls Royce in Ansty.

Peter married Josephine and became the father of three children; two boys and one girl. He loved gardening, art and history. 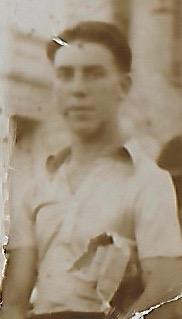