Alexander Peter Harry Waddy was the son of Harry and Dorothy Waddy of Bransgrove Hampshire.

He was commissioned into The Royal Berkshire Regiment, a few months before the outbreak of World War II, in July 1939.

Waddy volunteered for airborne forces on the formation of 1st Parachute Brigade in late 1941 and joined the 3rd Parachute Battalion.

He fought with C Company during the North Africa Campaign in 1942-43 when the battalion and brigade sustained a large number of casualties during a series of engagements with Axis forces.

Waddy went on to serve with the battalion in Sicily and Italy in 1943 and was appointed as the officer commanding (OC) B Company (B Coy).

He parachuted into the Netherlands as OC B Coy the following year, on Sunday 17 September 1944, for Operation Market Garden, when the 1st British Airborne Division was tasked with capturing the Rhine Crossings at Arnhem.

B Coy led the battalion’s advance from Drop Zone X onto the main Utrecht to Arnhem road (the Utrechtseweg) and by the Monday morning had encountered German armour on the outskirts of Arnhem. Waddy is reported to have destroyed one tank by dropping a Gammon bomb into its open turret from an upper floor window of a house.

Later that day the battalion had advanced close to the Rhine Pavilion on the Utrechtseweg when Waddy was killed outright by an exploding mortar.

Major Peter Waddy died on 18 September 1944, aged 25 years, and was initially given a field burial in the garden of 148 Utrechtseweg. He is now buried at the Arnhem Oosterbeek War Cemetery. 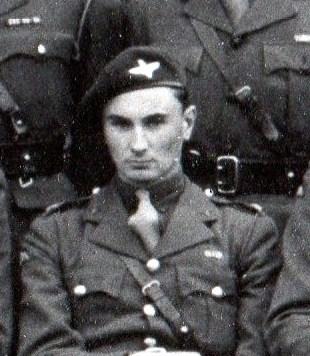