He was granted an emergency commission with The Royal Tank Regiment on 13 July 1940 after attending 102nd Officer Cadet Training Unit and, in the following December, transferred to 1st Northamptonshire Yeomanry.

Jackson was subsequently attached to the Queen’s Bays (2nd Dragoon Guards) and won a Military Cross leading a troop of Sherman tanks against enemy forces at El Hamma, Tunisia, in March 1943.

He subsequently volunteered for the SAS and served in D Squadron, 2nd Special Air Service Regiment (2 SAS), under the command of Captain (later Major) Roy Farran.

A detachment from 2 SAS, under the command of Major Symes landed with the 1st Airborne Division at dusk on 10 September 1943 at the Italian port of Taranto. This was part of Operation Slapstick and D Squadron was employed on short range jeep patrolling.

Lt Jackson was involved in several contacts with German forces in September while on patrol until withdrawal to Taranto for refitting.

After moving up to Bari on 21/22 September, D Sqn continued its aggressive patrolling tactics and on 25 September Lt Jackson’s jeep was hit by enemy fire, although he and his crew returned safely with the squadron.

During early October Lt Jackson and a detachment from D Squadron were deployed in the capture and defence of Termoli, until the enemy forces were driven back. Shortly after, on 11 October, the detachment was inspected by General Montgomery.

At the end of October and beginning of November 1943 D Squadron was based at Gioia del Colle and warned off for an operation behind enemy lines. It required a small scale party and ‘competition’ for places was fierce. The day after a 19 mile route march, which left everyone’s feet blistered, Captain Farran proposed a race with Lt Jackson.

‘It was natural that there should be great competition amongst the officers for the honour of leading the party. Knowing that Peter’s blisters were worse than mine, I proposed a race to decide it. I did not play the game, because although Peter beat me, I asserted my right as Squadron Leader to go anyway’. *

‘Poor Peter Jackson was killed in a jeep accident on a wet road near Taranto when his vehicle skidded to avoid a cart. His was one of the few losses in the war which really affected me. He was such a reckless, gay person that it was impossible to realise that he was dead.’ *

A detachment from 2 SAS, under the command of Major Symes landed with the 1st Airborne Division at dusk on 10 September 1943 at the Italian port of Taranto. 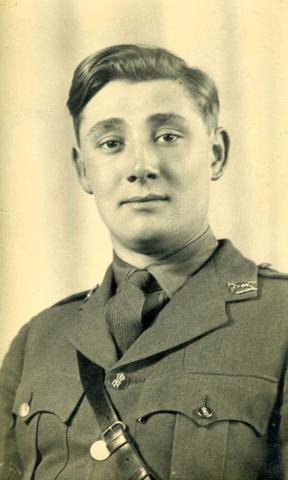