Peter George 'Black' Pain originally enlisted with the Coldstream Guards in 1954, and served with Support Company, 1st Battalion based at Chelsea Barracks.

He began his Airborne service the following year, passing selection for No.1 (Guards) Independent Parachute Company in 1955.

During two years service until 1957, he took part in the operational deployments to Cyprus and the Suez landings in 1956. 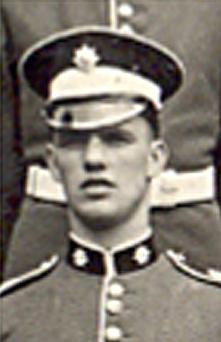