Colonel Peter Cleasby Thompson was commissioned in 1933 and served with The Lancashire Fusiliers before the war in India, Palestine and China.

He fought in France and Belgium with a territorial battalion, and was fortunate in being one of the few survivors who were evacuated from Dunkirk.

Soon after his return to the UK, and by now a Temporary Captain, he volunteered for the airborne forces at its formation in 1940, and took command of B Troop, No 2 (Parachute) Commando, the embryo from which The Parachute Regiment was born.

His ‘capture’ of Crown Prince Olaf’s car during the first major demonstration of British Airborne Forces in front of a select audience in 1940 was later celebrated in the Illustrated London News.

Peter was awarded a Military Cross for his role in leading an ambush on a German armoured column while serving with the 1st Battalion in North Africa. He took over command of the 1st Battalion some time later when Lieutenant Colonel Alastair Pearson was stricken with malaria.

He fought with the 1st Battalion in Sicily and up through Southern Italy, from where the battalion was brought home to recuperate and reform into the brigade which ultimately went to Amhem.

Peter left the battalion in 1944 for other duties which took him to Australia, New Guinea, Ceylon and India, latterly as GSO1 (Air) for the 44th Indian Airborne Division.

After the war his appointments included Commanding Officer of the Parachute Course Administration Unit (PCAU) and CO of 13 PARA (TA). He concluded his Regular Army career as Colonel, General Staff, Malta Command in 1962.

In 1969, his association with the Army was renewed when he became Commandant of the Stanford Training Area. He derived enormous satisfaction and contentment from this role until his untimely death in 1980, while walking the training area with binoculars in hand.

Peter Cleasby-Thompson was born on 20 July 1913 and attended the Royal Military College as a gentleman cadet.

A most beloved benevolent old gentleman, who was always so understanding to both old and young, and always so full of enthusiasm and cheerfulness, has been called to higher office.

No Car for a Prince

It was in December, 1940, that the first airborne demonstration was given to the Army. A small party from No. 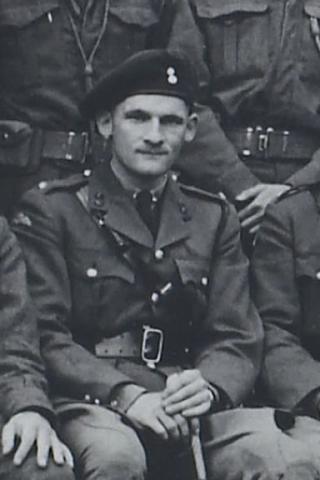