Private Streeter was then posted to The Queen's Own Royal West Kent Regiment.

He later volunteered for airborne forces in September 1944 and qualified as a military parachutist on Course 136 which ran at RAF Ringway from 2 to 15 October 1944. The instructors’ report states: ‘Pte Streeter. Average parachutist. Keen, quick to learn. Reserved and reliable.’

Pte Streeter was posted to A Company, 13th Parachute Battalion, as a reinforcement after their Normandy campaign.

He deployed with the battalion to the Ardennes and was killed during the first day of the Battle of Bure as A Company mounted an attack to secure the village.

Pte Streeter died on 3 January 1945, aged 20 years. He was originally buried in a temporary burial ground at Bure and on 22 May 1947 he was buried at Hotton War Cemetery Belgium. 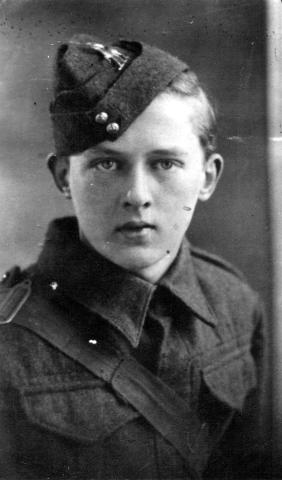