Posted to A Coy 3 PARA in Sept 1981, he served in the Falkland Islands Campaign in 1982. Later the same year, he attended the Mortar Cadre and remained in 3 PARA until Dec 1996 where he served in both Support (SP) Coy, C Coy in Northern Ireland and B Coy as a Platoon Sgt in Aldershot,whilst on the AMF(L) in Norway.

After a 6 month stint in Belize as the Chief Instructor of the Jungle Warfare Training Team he was posted to Warminster as part of the Mortar Division and was subsequently posted to 2 PARA in Dec 1998. Initially employed as the CQMS of SP Coy he moved up as CSM SP Coy in Feb 2000 and oversaw the move of the Coy from Aldershot to Colchester. Following a short operational tour in Macedonia and Kabul, Afghanistan he was promoted to RQMS in 2002 and RSM 2 PARA in Apr 2003. In this time he deployed to Iraq on Op TELIC.

Commissioned into 2 PARA in Apr 2005, he held the posts of Regimental Career Management Officer, Motor Transport Officer, Quartermaster (Technical) where he deployed on Op HERRICK in 2008. He also served for a short (7 Month) period as OC HQ Coy.

Posted back to 3 PARA in Jul 2009 as the Quartermaster and OC HQ Company he relinquished the QM slot in Aug 2010 and stayed as the OC HQ Coy where he remained until May 2012. He served as the Regimental Adjutant at RHQ PARA until Jan 2014.

Moving away from Regimental Duty he was posted to the British Army Training Unit Suffield (BATUS) Canada, as the senior lead on Combat Service Support Training for Brigade level Armoured Battle Groups. Major Paul Raison will retire in 2016 after over 36 years service. 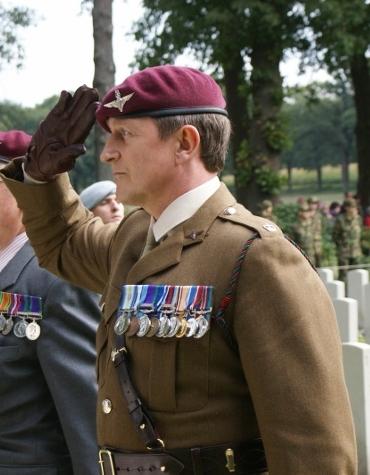