Patrick Butler joined  the Junior Parachute Company Jan 1965. He then went on to serve with  1 Para Nov 66 served in A and D (Ptl ) Coy serving in Aldershot, Aden, Far East and Northern Ireland.

After his promotion to  Sgt he  served with Recruit Company Depot Para & Abn Forces 72-74. After which he rejoined 1 Para - Berlin,Far East and Cyprus  - 74 & 77 serving with the Recce Pl and MMG PL.

Pat then served as an instructor at RMAS between 77 & 79. Before being commissioned in January 1980. His service then proceeded as follows:

Pat retired from the Army September 2004 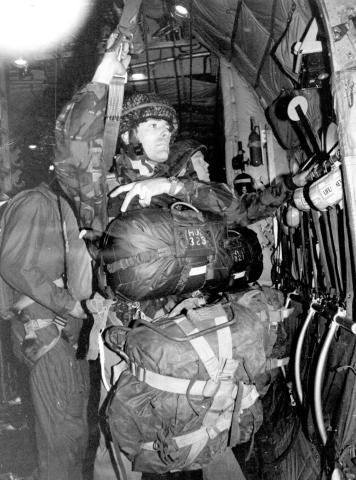