Owen Morgan was the son of Llewelyn and Gladys Morgan, of Brynamman, Carmarthenshire. He enlisted in the Royal Army Service Corps, and volunteered for airborne forces.

Dvr Morgan was killed in action on 21 September 1944, aged 20, when Dakota KG-346, base Down Ampney, was damaged by Flak, but the pilot managed to return home, and made an unsuccessful landing attempt. The plane crashed in Dengie Flats, near Bradwell, off the coast of Essex, and Owen’s body washed ashore at Clacton on sea four weeks after the crash, but he was classed as missing in action until 1999. Then his grave was discovered in Wales, where he was buried on 21 October 1944 at Lower Brynamman (Ebenezer) Independent Burial Ground.

If you are part of Dvr Morgan’s family and would like to complete this biography, you can apply to the Curator to do so. To do this you will need to become a member of ParaData and select the 'friend or family member' option on the registration form. 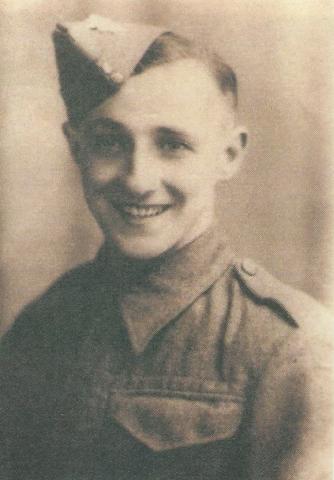