He was granted an emergency commission with the Royal Artillery on 25 October 1941 and transferred to the Royal Engineers in December 1942.

He subsequently served with 286 (Airborne) Field Park Company RE, where he was known as ‘Gunner’ on account of his previous service with the Royal Artillery!

Lt ‘Gunner’ Reid commanded an advance detachment of fifteen sappers during the first glider wave of the Normandy landings on 6 June 1944. Their four gliders were scheduled to land in France at 0320hrs in advance of the main beach landings. Three of these gliders were each to carry a Clark bulldozer, one American tipper trailer, petrol and tools. The fourth glider was to carry a jeep and air compressor.

He was killed shortly after arrival on the landing zone on 6 June 1944 by a sniper and became the first divisional sapper officer to fall in action in the campaign.

Compiled by Harvey Grenville with the assistance of Jon Reid 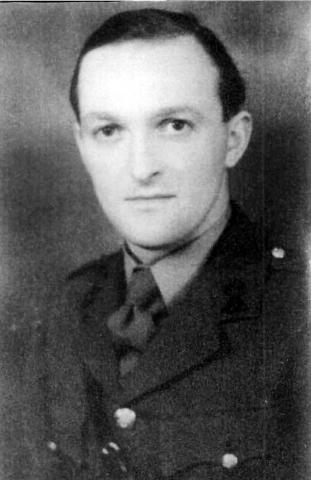