Norman Swift enlisted into the Royal Engineers and volunteered for airborne forces, at the formation of 1st Parachute Brigade late in 1941, to serve with 1st Air Troop RE.

The airborne engineers unit was expanded in early 1942 and redesignated as 1st Parachute Squadron RE. Norman served with A Troop which was attached to the 1st Parachute Battalion and fought with them through North Africa, Sicily and Italy.

At Arnhem, A Troop was attached to the 2nd Parachute Battalion and tasked with clearing any explosives from the bridge. In the absence of any support and supplies the 2nd Battalion's position in the bridge area eventually became untenable and  Norman was captured with the remnants of the battalion while trying to withdraw to 1st Airborne Division's defensive pocket at Oosterbeek.

He was held as a prisoner of war in Germany until the camp was liberated in spring 1945.

Compiled by Harvey Grenville with the kind assistance of Tim Swift

Recollections of 1st Air Troop RE

The first Air Troop RE came into being in September 1941 under the command of Captain S Dorman and Lieutenant D Vernon. 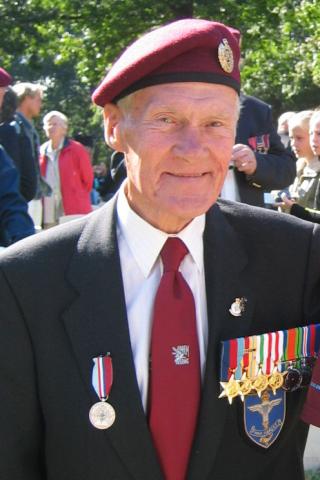