Norman McKay joined the Army during National Service and served with the Argyll and Sutherland Highlanders. Norman saw active duty during the EOKA campaign in Cyprus in 1957. He was an Acting Corporal.

In 1964 Norman joined 15th Battalion The Parachute Regiment (Scottish Volunteers) in what was to be a long association with airborne forces. Rising to the rank of Acting Captain, he predominantly served with B Coy.

In 1970, and promoted to Major, Norman joined 10 PARA, commanding the MG Platoon and based in Croydon alongside 2 COY. Norman later commanded 3 COY in Finchley and undertook a number of camps in Germany. It was there he met his wife Rita and they later had 4 children.

Finally Norman moved to No 5 HSF Coy and was to later command it up to its disbandment in 1986.

Norman had an encyclopaedic knowledge, supported latterly by social media, knowing not only who’s who throughout Airborne and Scottish units, complete with personal histories and anecdotes, but remaining actively in touch with all.

Norman remained an active and influential figure in various Airborne bodies, particularly the PRA, where he was President of the Croydon Branch before becoming London Regional Secretary, a post that he held for nearly twenty years.

He also had a long association with Normandy, initially as a Trustee of Airborne Assault Normandy Trust and latterly on the Franco-British Board running the Merville Museum.

With thanks to Col John Power 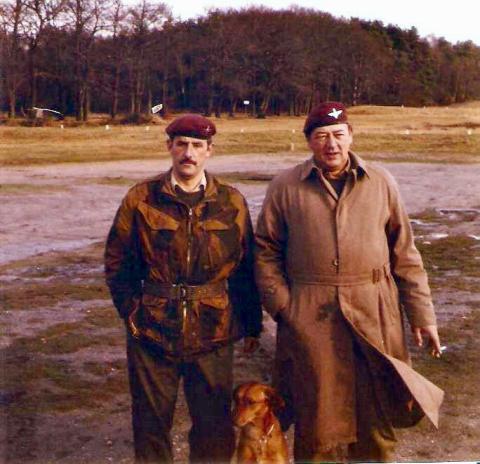