Nigel Taylor joined the Parachute Regiment in December 1960 and after depot training  joined  B Company 3 Para.

He Served in Bahrain 1961-62 with tours in Aden, Oman and Trucial States.

Malaya - Cyprus 62-63 then back to Bahrain 1963 - 64 which included Aden and Radfan. Nigel received GOC Commendation in Aden

1965 British Guyana.Then later joined 4 Para along with his old CSM and CO.

The profile picture shows Nigel 'Spud' Taylor sitting outside his billets 1963-4 in Bahrain. That camp was built by the men in 1961 on their first tour here, where they  had to live under canvas on the airfield. 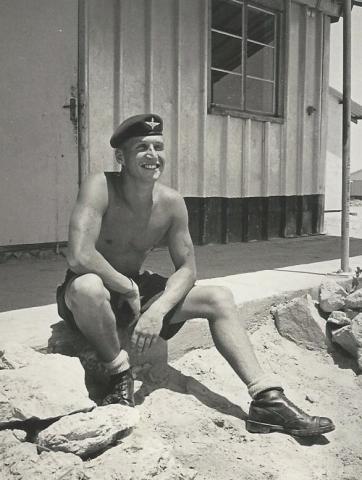