He began his military service with the Royals Engineers, and was awarded a Military Cross whilst attached to King's Own Bengal Sappers and Miners, 4 Indian Division. In May 1944, he joined 4th Parachute Squadron, Royal Engineers as Second-in-Command.

Capt Beaumont-Thomas took part in the Battle of Arnhem, during Op Market Garden and died on 20 September 1944, aged 28 years old. He was post-humously awarded a Mention in Despatches for the action at Arnhem and is now buried at Oosterbeek War Cemetery, Arnhem. 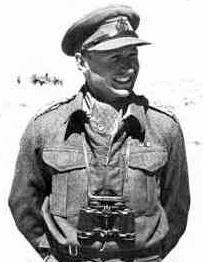