Rifleman Nathaniel Morton Magill was the son of James and Mary Magill and nephew of Mrs E Hanna, of Belfast, Northern Ireland.

He served with 1st (Airborne) Battalion The Royal Ulster Rifles and took part in the Normandy landings but was killed while the Battalion occupied positions at Longueval. 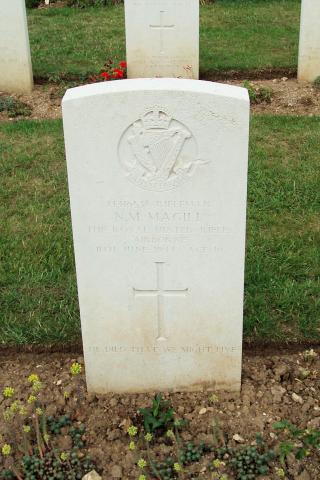