After transferring to Airborne service from the Black Watch, he passed Parachute Course 112 in late-April 1944 to join the Parachute Regiment with the comments: 'Fair performer,  awkward. Keen and confident'.

He served with 12th (Yorks) Parachute Battalion under the alias, Murray Acton (possibly due to being underage on recruitment) and took part in the Normandy landings, during Op Overlord. 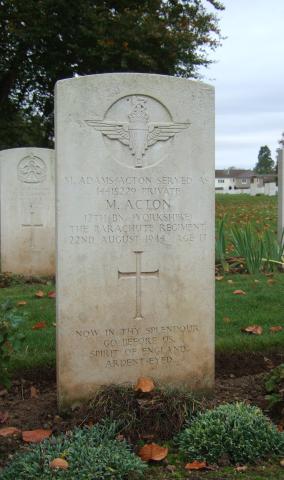