At 8.24 pm on the evening of 25 May 1971 a terrorist entered the Springfield Road Police Station in Belfast. He carried a suitcase from which a smoking fuse protruded, dumped it quickly on the floor and fled outside. Inside the room were two adults, two children and several police officers.

The police officers raised the alarm and began to organize the evacuation of the hall past the reception desk, through the reception office and out of the door into the rear passage.

Sergeant Michael Willetts, 3rd Battalion The Parachute Regiment, was on duty in the inner hall. Hearing the alarm, he sent an NCO up to the first floor to warn those above and hastened to the door towards which a police officer was thrusting those in the reception hall and office. He held the door open while all passed safely through and then stood in the doorway, shielding those taking cover.

In the next moment, the bomb exploded with terrible force. Sergeant Willets was mortally wounded.

His duty did not require him to enter the threatened area, his post was elsewhere. He knew well, after four month's service in Belfast, the peril of going towards a terrorist bomb but he did not hesitate to do so. All those approaching the door from the far side agreed that if they had had to check to open the door they would have perished. Even when those in the room had reached the rear passage, Sergeant Willets waited, placing his body as a screen to shelter them.

By this considered act of bravery, he risked and lost his life for those of the adults and children. His selflessness and courage are beyond praise. 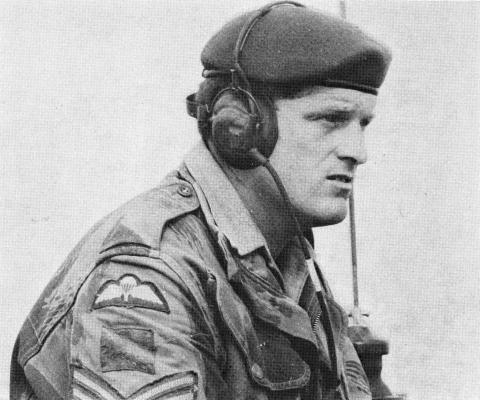