Lance Sergeant Michael L. Keighery began military service as a Guardsman with the Grenadier Guards in 1960 and served with the British Army of the Rhine (BAOR).

A year later he joined the Guards Independent Parachute Company in 1961, in which he served nearly 8 years, promoted to Lance Sergeant during this time.

He saw service in Greece and Cyprus in 1962, where he was awarded Cyprus Bar on his GSM and was deployed to Borneo twice, in June 1964 and the following year, in 1965. He also took part in the Guards Para Coy deployments to Kenya in 1966 and later the Far East to Malaya, Singapore and Hong Kong in 1968.

He has remained active in the Guards veteran community and served as Secretary of Guards Parachute Association for 13 years, retiring in October 2015. 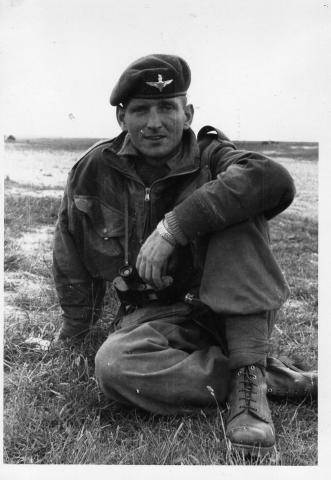