Michael O' Grady was born in the Irish Republic and naturalised as a British citizen. He joined C Company of 2 PARA which was later deployed to Borneo during the Indonesian Confrontation

In Borneo, C Company was converted into the first of the parachute battalion's ‘Patrol’ companies and operated four man jungle patrols on SAS lines.

Michael was later medically discharged as a result of deafness in one ear due to rifle fire. 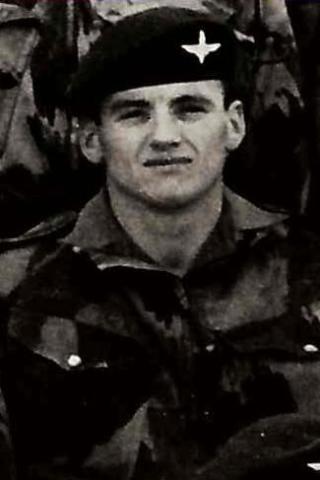