He took part in acclimatisation training and field firing at Bundase, Ghana, in 1971 which culminated in a first-light battalion attack exercise, firing live ammunition and supported by the mortars and the Machine Gun Platoon.

This exercise went well but as the final mortar serial was being fired, one of the mortars exploded killing Ptes Mick Mason and Gerry Hartigan. The third crew member, Pte Fred McShane from Liverpool received serious blast injuries to his stomach but survived.

The 3 PARA Chaplain, The Rev Robin McDowall, held a short Drumhead Service for the deceased in Afienya Camp the following day.

A memorial service was later held on 8 December 1971 at the Royal Garrison Church, Aldershot, for the late Ptes Mason and Hartigan.

Compiled with the assistance of Steve Kinsella 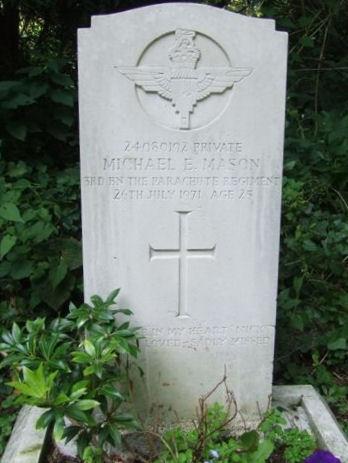