Maxwell Richard Julian Hope-Thomson, was the son of Major James Thomson. As a officer cadet he was educated at the Royal Military College and was commissioned in to the Royal Scottish Fusiliers on the 27 August 1931 as a 2nd Lieutenant.

In 1936 he served as signal officer with the 1st Battalion Royal Scots Fusiliers in Palestine in May of that year he was awarded the Military Cross for his gallantry in action.

On the 27 August 1939 he was promoted to the rank of Captain. Maxwell was appointed as the first CO of 4th Para Bn. He was only in that appointment for a short period prior to handing over to Lt Col Dene, who was then the first Battalion 2IC.

From November 1944 to February 1945 he was second-in-command of the 5th Battalion Dorsetshire Regiment (43rd Division). On the 8 February 1945, as acting Lt.-Col he was appointed to command the 1st Battalion Worcestershire Regiment, a day before 'Operation Veritable'.

On the 16 and 17 February 1945 he led the 1st Battalion Worcestershire Regiment during the attack on the Goch escarpment and at great personal risk encouraged his men to a successful attack against a strong enemy position. He was awarded the Distinguished Service Order (DSO) for his gallantry (London Gazette 24 January 1946).

On the 19 March 1945 Lieut.-Colonel Hope-Thomson left for the UK on 14 days leave in order to get married. He married Anne Matthias at St. Peter's Church, Eaton Square, London. After his marriage he returned to command the 1st Battalion Worcestershire Regiment on the 30 March 1945.

On the 12 January 1953 he was promoted to the full rank of Lt  Col, and in March 1954 he moved to Malaya still commanding the 1st Battalion Royal Scots Fusilier during "Operation Unity" against the terrorists on the Thailand border, in May 1955. He relinquished command of the battalion later the same month. He was mentioned in despatches for his actions in Malaya (London Gazette 25 October 1955).

On the 1 February 1962 he was appointed Aide-de-Camp to The Queen.

In 1967 Brigadier Hope-Thomson was appointed Commandant of the Queen Victoria School, Dunblane, Perthshire, Scotland, a private boarding school for children of Scottish service personnel. He held this position until 1974.

Brigadier Maxwell Richard Julian Hope-Thomson died in June 1990 at the age of 79. 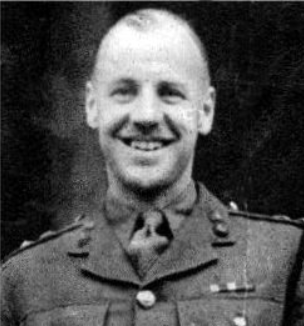