Maurice Kalikoff was the son of Phillip and Dora Kalikoff, of Islington, London.

He enlisted into The Sussex Regiment and volunteered for airborne forces at the formation of 1st Parachute Brigade in late 1941 while still serving as a private soldier.

Posted to the 2nd Parachute Battalion, he attended the fourth basic parachute training personnel run for Brigade personnel on 17 to 21 December 1941 and returned to RAF Ringway for the second advanced course with arms containers on 14 to 19 January 1942.

He served with the 2nd Para Bn in North Africa, Sicily, Italy and Arnhem, where he served as a section commander (Sergeant) in the Mortar Platoon.

He was critically wounded during the battle and later died of his wounds. 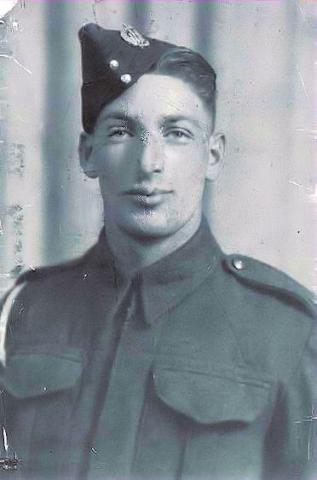 pamela nadeau said:
Dear Uncle Maury
We never met, as I was born after you were gone. Your sister Esther (my mother) loved you very much. She never forgot you and spoke of you often. She told us how handsome you were and you had beautiful blue eyes and red hair, and how much she missed you. I don't think she every truly got over loosing you.
Thank you for your bravery. I am here today because of you.
Much Love
Your niece, Pamela
Add your comment