Maurice Henry Smith was born in the parish of Willesden, London 19 March 1920.

He enlisted with The 1 Battalion Royal Ulster Rifles (1RUR) 11 June 1940. Maurice later volunteered with the airborne forces in 1942, he was trained as glider borne soldier. He was transferred to REME, but stayed attached to The 1RUR. Maurice was a trained driver. He drove many vehicles including Chevrolet CMP 15 CWT Trucks, the huge Mack 6x6 Heavy Tractor and motorcycles. Maurice's father, William, was also a driver. He drove the ambulance for the local hospital.

His service included being involved with Op Overlord in June 1944 and on to the River Seine. The Ardennes and in Holland. The Rhine crossing into Germany 1945, all the way Baltic coast. Maurice then was posted to Palestine before being 'Demobbed' June 1946. 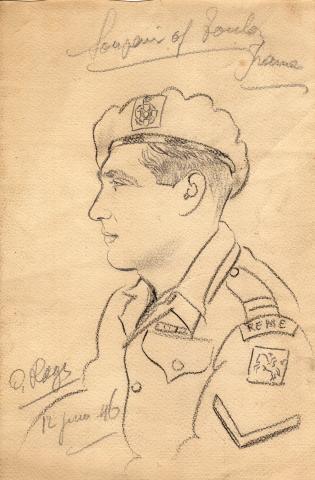