Mark Cox was commissioned into the Parachute Regiment in October 1980 and joined B Company, 3 Para, in early 1982, just as they were going to Oman for an exercise. He met his infantry platoon as they arrived in a desert camp he helped prepare. The company performed live firing and desert and mountain mobility excercises including a hearts and minds activity, offering medical care in remote mountain villages in the Jebel Akhdar, before returning to Tidworth. Mark's platoon, 5 platoon, inadvertently impressed the company commander, Maj. Mike Argue, with his live firing platoon attack and ambush drills.

Shortly after their return, Argentinean Junta President, General Galtieri decided to invade the Falkland Islands in a gesture for popularity to correct the public optics of constant demonstrations against the extreme right wing Junta. The weakly recurring demonstration of mothers and families of the "disappeared" in Buenos Aires being one of the highest profile examples of this behavior. 3 Para was on standby. Before long we were boarded onto the Canberra with 2 Para and were on the way south. 5 platoon participated in the landing, the tab east via Estancia towards Port Stanley and the mountain range standing guard to the West of the town. On the 12th June, his platoon marched up Mt. Longdon as a surprise night attack, followed by the Battalion and 4 other battalions of Guards, Marines and Ghurkas. By dawn the next day, the enemy had fled the mountain, along with parallel withdrawals from the other mountains. The British Task Force negotiated an unconditional surrender with the Argentine military and marched into Port Stanley. After about a week in a billet in town, 3 Para were allotted the SS Norland, a North Sea ferry, to take them back to Ascension Island from where they were flown by VC10's to Brize Norton. Mark was one of only two to be picked up by helicopter at Brize. His brother in law, was an Army Air Corps captain pilot. The other was Prince Charles.

Subsequent to the end of his three-year short service commission, Mark joined de Zoete & Bevan, a London stock broker, then moved to New York in 1987 where he used his French language skills to sell European equities to American pension funds. In 2003 Mark founded the first pure-play, renewable-energy hedge fund, New Energy Fund LP, in New York, which attracted $30 million of which a part was from the family of newsman, Ted Turner, famously interested in sustainability. The crash of 2008/9 caused the end of the fund, but led to a new project fund New Energy Fund II, LP which is still being marketed.

Mark has written two books, The Great Energy Transition, available on Amazon, and one soon to be available, A Handbook of Renewable Energy Technologies, featuring over 400 ways to make energy without the need for costly feedstocks or destructive external costs. He is a co-chair of Columbia University's Sustainable Finance seminar series. He has spent a lot of his later career searching for technologies that solve human energy challenges and champions well qualified candidates in the fields of low energy air conditioning, energy storage, cellulosic carbon neutral liquid fuels and solar innovations. 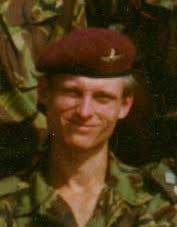